You are here: Home / Consultants / Kevin May 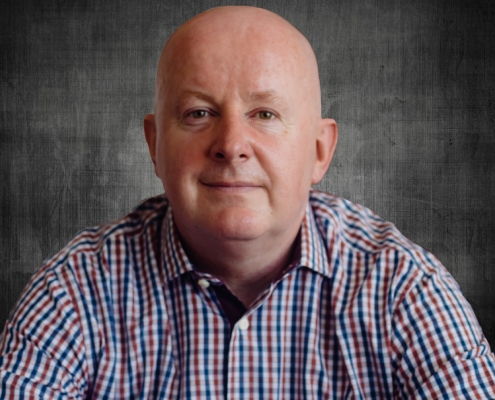 “A disjointed customer experience is like an orchestra with no conductor – it’s just noise.”

In addition to being a Partner with CMO Consulting Group, Kevin May is also the Founding Partner of Sticks, a qualitative strategy consultancy with offices in Oxford and Seattle, specializing in helping businesses deal with the kinds of unprecedented and unexpected challenges that come with the ever-changing and unpredictable trading environment of the Internet Age

Most of my “operator” career was spent in advertising, initially in client management and then in brand and communications strategy.

My hero moment in client management came while I was at JWT in the early 1990s, as the British economy was recovering from recession, client spend was retreating and risk-aversion was everybody’s watchword. The agency’s second largest client, Nestle, had just acquired an old and failing ice cream business called Lyons Maid. There were 3-4 brands of diminished standing and it was agreed to experiment with moderate support for each to see if some success might be achievable during the short summer season that year. One of these – Fab – was allocated a total budget of 750K (GBP) for media and production. The creatives came up with an idea based on two relatively obscure TV characters played by Harry Enfield and Paul Whitehouse (Smashy and Nicey, the DJs at Radio Fab FM), but the executions performed dismally under animatic testing. What’s more, the usage fees for one superstar comedian and his then-unknown sidekick were going to take the production part of the budget over 400K (GBP) – more than 50% of the total. A further problem arose when it was found out Harry Enfield was contracted to Kraft Jacob Suchard for confectionary advertising (for their Dime brand) and would only appear for Nestle with that rival’s blessing. I was instrumental in persuading the client to ignore the research and agree to the production budget, as well as convincing KJS to allow us to use the talent. The ads were made and run over a 5 week burst on cheap (-ish) kids’ airtime and sales that summer for Fab were 720% up on the previous year.

The four executions were all included in the following year’s D&AD annual (the Gold standard for British creative awards), along with several other ads from my accounts with the confectionery team and the RAF recruitment account. The entries from this latter account included the first pilot ad in over 10 years for the RAF that didn’t feature an aeroplane. Instead it had a small boy running around a playground with his arms out and the headline “Can you honestly ever remember anyone playing chartered accountants”. This ran once in the Sunday Times magazine and garnered 1500 coupon enquiries (versus an annual target of 800). That year, the agency had 24 different ads appear in the D&AD annual, and I was directly involves in 23 of them – more than any other individual at the agency. The following year I was appointed to the board of directors at the age of 28, at the time the youngest ever to achieve that.

My hero moment as a strategist came a few years later at TBWA London when I provided the thinking behind the launch of the Virgin brand into financial services. The most lasting legacy of this is the name Virgin Money (as opposed to bank) which I came up with, along with the successful introduction to market of the One account – a financial vehicle combining checking, savings, mortgage, investments and retirement funds all under the same balance. I personally became one of the company’s first 100 customers for the account after it launched. It was the first time that such a product had been offered in the UK and not only was it sufficiently successful that the Royal Bank of Scotland bought it off Virgin a few years later, but it also spurred the other major retail banks to bring out their own equivalents.

The One account also provided me with one further experience to round off my perspective on an advertising career. In 2002, I was invited to participate in a testimonial campaign. A 30 second commercial was shot at my house with me telling the world how the product had enabled me to leave my regular job and drive around the 48 contiguous states in order to write a book about it. It ran for 6 months on national TV in the UK.

At a point when they were interested in becoming acquired, Cheddar’s Restaurants approached us to help with a particular obstacle to that ambition. All the financial metrics – revenue, growth, profit etc – were stellar but in ten of their c. 200 locations they were seeing fist fights break out weekly between waiting staff and customers, and they just couldn’t figure out why (let alone what to do about it). They had spent 18 months trying but were unable to come up with any solution. We gradually unpeeled the layers to reveal over 30 different contributory factors that were manifesting in different combinations at each of the troubled sites. We also offered 50+ ideas for ameliorating these, some of which were enacted immediately. 18 months after our work was completed, the business was bought by Darden.

In the process of preparing to move into their newly-acquired global HQ in Seattle, Expedia found that they were experiencing challenges in making crucial decisions about the new space, thanks to an absence of framework for doing so. We were invited to help them find out if other similar corporations had found a better way of navigating this process. Not surprisingly, most other companies were reluctant to divulge their perspectives so we agreed with Expedia that we would offer to share learnings with any that did. We subsequently persuaded senior decision-makers at 30+ companies – including Apple, Google, Amazon, Starbucks, Facebook, Airbnb – to talk about their approaches. The enquiry was then extended to company employees within Expedia and these same companies in over 20 different countries around the world. The resulting report on the Office of the Future not only helped inform some crucial decision-making for Expedia Group but also secured us further assignments with some of the companies involved.